Why?Because cancer is linked with certain death and it is a matter of time. Yet many people have survived longer than what their doctors had told them, and some even recovered!

So what is Cancer?

Cancer is a various set of several hundred diseases in which some of the body’s cells become abnormal and begin to multiply out of the body’s control. This process can take years before symptoms surface or are acknowledge by the body. Later the abnormal cells can start to invade and damage the tissue around them and metastasis to other parts of the body, causing further damage and eventually death. 90% of death is thought to be caused by metastasis.

What are the statistics for cancer?

Despite a decline in cancer deaths and an increase in survival over time, cancer is still the second-most common cause of death in Australia after cardiovascular disease.

The most common cancers in Australia (excluding non-melanoma skin cancer) are prostate, breast, colo rectal (bowel), melanoma and lung cancer. These five cancers account for over 60% of all cancers diagnosed in Australia

In 2010 the burden of cancer on the Australian health System accounted for 19% of the total cost. Today cancer is still the leading cause of death in Australia, making cancer the most frightening disease among all other diseases.

Tony will advise about cancer prevention around Western Sydney areas so make an appointment if you are in Sydney or planning to Visit Sydney soon.

Cancer Prevention is it fiction or a scientific Fact?

According to Dr. Romig’s cancer is a diseases of civilisation

“In Dr. Romig’s 36 years of contact with these people he had never seen a case of malignant disease among the truly primitive Eskimos and Indians, although it frequently occurs when they become modernised.”

What is obvious is that in the last 100 years cancer rates have dramatically increased by 300-400%. So what are these factors that have increased the rates, and why do tribal people who still live in the wild have the lowest rate of cancer incidents in the world?

There are so many factors that can cause cancers and below are a few factors that have occured in the last hundred years.

By the beginning of the last century, advances in science and chemistry have lead the food industries to develop many artificial sweeteners. Such as saccharin, and aspartame, taste Enhancers (MSG) and dangerous hydrogenated oils.

The production of corn syrup in 1982 heralded a cheap alternative to other sweeteners. Today corn syrup replaces most sweeteners in all soft drinks, cookies, chocolate, ice cream etc. Please note here that many studies showed that consuming more than 50 grams of corn syrups or fructose per day can lead to insulin resistance that open the doors to diabetes, CVD and cancers.

Refined and denatured fast food which sells convenience and fast not nutritional value has taken over and replaced healthy home cooked meals. The result: an acidic diet with people having minerals and vitamin deficiencies, especially calcium, magnesium and folic acid.

One case of cancer in fifty years has been reported after the introduction of processed food in Inuit (Eskimo) people of Alaska and Canada.

From 1938 to 1990 the amount of men with testicular cancer tripled.

Breast cancer was unheard of before 1950, after fifty years 56 out of one 100,000 females have breast cancer in the USA.

So the relationship between an increase in the cancer rate and diet changes is very obvious. And unless every one of us starts to take responsibly for our health, than the risk for everyone will keep growing over the next 20 years.

In today’s age diet has shifted from alkaline diet (found in most fresh vegetables, fruits, and food) into an acidic diet (junk food, soft drinks, damaged hydrogenated oils, salt, gluten, dairy products, imbalance of w3/w6 ratio) all these factors have decreased the zinc, selenium, potassium, magnesium, vitamins, and other phytonutrients, and increased sodium chloride, acidic foods, toxins, free radicals productions and inflammation.This is a major issue which causes genetic damage and mutations to many genes including the gene p53 (tumour suppressor). This gene in 50% of cancer patients is mutated.

During the consultation, Tony will advise you if you need to do these Genetic Tests

These tests will lay the foundation to support the body’s genetic weaknesses and re-balance it with healthy outcome.

In Tony’s clinic you will find that his programs and support will focus mainly on achieving your health goals that include feeling content, happy, and productive so you can enjoy a fulfilled life with success and happiness.

This can only be achieved by using true holistic and scientific approaches. Supported by the latest scientific and nutrigenomics research ,specific clinical tests and specific blood tests done by your doctor, combined with the best of diet, exercise and supplements.

Call us today to book for a Free Consultation and find out how we can help you. 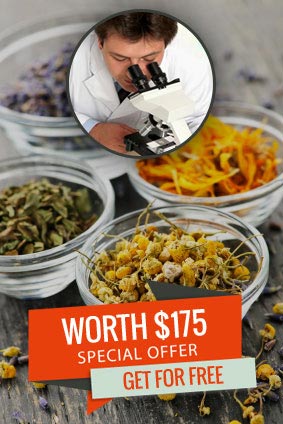